James (Jim) Feldkamp was born in Roseburg, Oregon. He graduated from Oregon State University and joined the U.S. Navy, where he was assigned to fly the EA-6B, the Navy’s electronic attack aircraft. After active-duty Jim transferred to the reserves, and joined the FBI as a Special Agent working international terrorism cases. Trying his hand in politics, Jim resigned from the FBI to run for political office.

After coming in second, Jim was recalled to active duty for the Navy as international outreach officer for a new office developing maritime domain awareness strategies. After retirement, Jim has pursued hobbies as diverse as mountain climbing, skiing, scuba diving, flying, and sailing.

Feldkamp has served as an adjunct professor at several universities in the Washington DC metro area, and has authored/edited a university textbook titled “The Theory and Politics of Terrorism.” He frequently is in demand as a speaker and subject matter expert in counter-terrorism and maritime security for various national and international conferences.

Jim Feldkamp holds a Masters of Arts in International Affairs from The Catholic University of America; a diploma in National Security, Strategy, and Policy from the Naval War College; and multiple diplomas and certificates from the US Navy and FBI.

Currently, Jim resides in Virginia where he is awaiting the re-initiation of the clipper sailing race around the world that was postponed due to the CoronaVirus.

Boy, that’s a hard one! Like I mentioned, I have multiple hobbies and interests. I guess it depends on the season, and which options that are available at the time. What I do like the most is traveling the world. Traveling to new places, meeting new people, and learning about different cultures is what I enjoy the most. Recently, I returned from a Clipper yacht race…. well, almost around the world. We were in the Philippines when COVID-19 broke out and I had to rush back to the states. However, this race is actually a great case in point. Most of my teammates were people outside the United States. We had English, Irish, Scottish, Portuguese, Canadian, Egyptian, South African and many more nationalities all trying their hands at sailing. Some were very accomplished, others like me were more novice. But, as you could probably tell, the diversity was great but so where the challenges when trying to communicate with individuals whose main language wasn’t English, or their dialect was so broad it was as if they were speaking a different language. Sometimes this language barrier was difficult. Especially at night with 40 knot gales and 20-foot seas. But it is the challenges that make life worth living. So, this clipper race was a chance to both challenge myself and see parts of the world that have eluded me.

You mean the clipper race? Well, believe it or not, I was surfing the Internet one day and an add popped up showcasing this Clipper race around the world. I wasn’t that big into sailing as a sport back then, but what really got my attention was the tag line that “more people climb Mt. Everest in a year than circumnavigate the world.” Since I like doing things a little off the beaten track, this really caught my eye. I applied, got accepted and did the training in both England and Australia. After the training I returned home, put all my household goods in storage, and flew to England for the start of the race. In September 2019, I boarded my ship “Dare-to-Lead” (CV-27) and set sail from Portsmouth, England. From there we raced to Portugal, Uruguay, South Africa, Australia and we were heading to China when we got the call to diverted to the Philippines because of the COVID pandemic. There we stayed about three weeks while the race office tried to coordinate with governments throughout Asia on where we could race to stay ahead of the pandemic, but to no avail. After about three weeks in the Philippines, we got the word that the race was postponed and all participants need to depart. That mad rush was story in itself! Incidentally, that was the same country where Magellan died in his circumnavigation around the world 500 years ago – oh, the irony!

Well, some of us call this race around the world: Level two fun. Which means it’s not so much fun when you are actually racing these boats across thousands of miles of open ocean, but when you pull into port with the rest of the crews, it is grand, if not overwhelming. The knowledge of your accomplishment, the stories, the friendships and the adventure. I never thought I’d be helming a 70 foot sail boat through 40/50-foot seas at night in the South Ocean, where the nearest human being is in the International Space Station. But it is inspiring to be doing something most people only dream about. And of course, there are the stories you can tell (also known as bragging rights). Like in the South Ocean on a clear night you would not believe how the sky is lit up by the thousands upon thousands of stars. It is pretty awe inspiring. 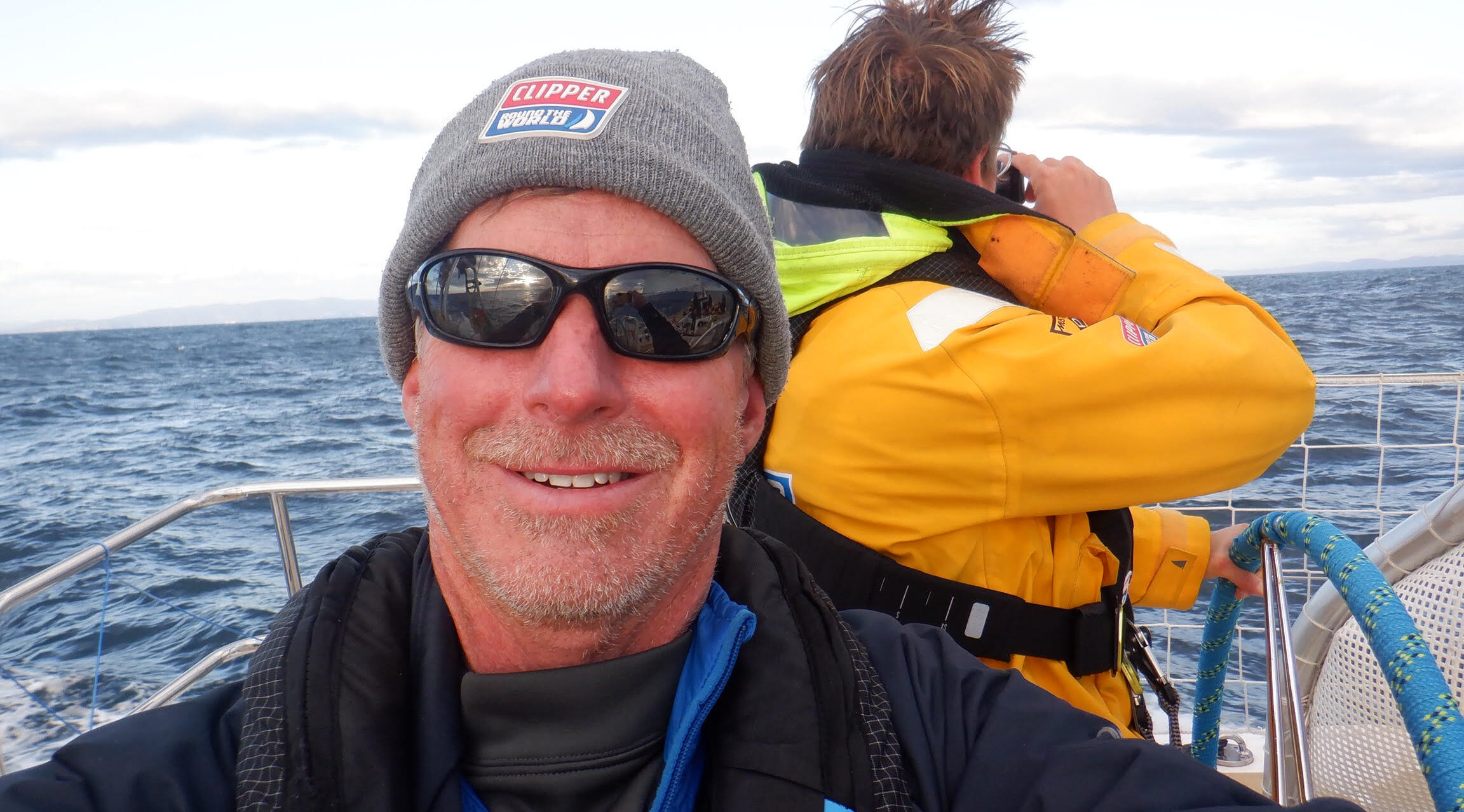 Well, unfortunately, most “fun” hobbies cost money. And the Clipper race is no exception. It did cost a pretty penny. For this sailing adventure you have to purchase the training, identify how many legs of the race you plan on doing, and buy the kit (cold weather gear, sleeping bag, clothes, etc.). So, the bills do add up. But for most hobbies you have to pay to play. Like for skiing you need skis, boots, and money for lift tickets. Flying is the same: Renting a plane costs money as well. It is always a balance between having fun, pursuing your hobbies, and making sure you still have enough money for food and rent!

For the race the Clipper company had a contract with Musto sailing gear out of England, so that is where most of the crew received their equipment. There is also a guy that runs a company called “Fierce Turtle” that has used gear from individuals who sailed a leg, or two but want to recoup some of their money. Here, individuals upload pictures of some of their equipment on his website and try to sell some of their kit. It’s still very good quality gear, so it’s a win-win for most people. In the area where I live there are sporting goods stores, as well as sailing stores where you can pick up needed equipment. Also, when you pull into different ports there’s always opportunity to “enhance” your gear. For example, in Uruguay, as well as South Africa, there were some great stores to purchase gear for those portions of the race where you needed to enhance your cold weather gear. With only a limited amount of weight one could carry on the boat you were pretty limited on the clothes, or gear you could bring (especially if you were sailing the whole world), so you want to plus up your gear where and when circumstances dictate. Needless to say, sailing in the Southern Ocean you want to bundle up a little more. So, we all stocked up on heavier clothes knowing that this leg was going to be rather chilly

The Clipper race is run by a company that ensures that you should have the minimum amount of training, and so they have their own training facilities in England and Sydney Australia. However, I think they closed Sydney. The training, which is in four different phases, takes about a month to complete. Additionally, as I mentioned, they break up the race into eight different legs, and then you pay for each leg you sign up. The average cost per leg is about $6000 per leg. So, counting the training, flights, lodging and all the other elements of becoming an ocean sailor, and depending on how many legs you decide to sail, you are looking at roughly about $80,000 for a total cost to sail around the world. However, on the bright side, when you are sailing you don’t worry about rent, food or other living expenses that you would accrue staying on land – overall, for me, it was a pretty much a break-even event.

Oh, there are tons of books for sailing. The hard part is identifying what book and environment of sailing you are looking for. I mean humans have been sailing for thousands of years, and there’s a lot of corporate knowledge out there. It all depends if you are a beginner wanting to learn how to lake sail, or like me, if you want to just cast off the lines and jump in with both feet and become an ocean racer. There are books for every type of sailing and every type of sailor.

Learn How to Sail: A Step-by-Step Guide to SAILING on YouTube was what I watched before I signed up but there are hundreds of videos out there.

Positive experience in every sense of the word! The challenge of sailing open water around the globe is something I’ll never forget. However, like most extreme endeavors, it’s the people you meet who share the same enthusiasm is what you cherish the most. You do make fast friends for life and after this COVID-19 pandemic ends I look forward to traveling to all points of the globe to see my new mates and catch up.

Since, I was pretty much a novice sailor when I signed up for this race, my viewpoint is rather unique. However, I think for any hobby, or endeavor, the hardest part is to start. When you resolve to do something – just do it. The training, the practice, the failures, all contribute to learning and mastering your desired hobby. And, although sometime these challenges try you as a person, you come out on the other side a little more confident of yourself, which acts as a stepping stone for new opportunities to pursue and to grow as a person. As I tell my students the worst two words in the English language are “I WISH.” In other words, you don’t want to go through life wishing you would have taken a chance and done something a little outside the norm. The best advice I can give it give it a shot! If it doesn’t work out so be it, but at least you’ll know, and that you at least gave it your best shot. As Teddy Roosevelt said in his speech “Citizenship in a Republic,” or better known as “The Man in the Arena” at the Sorbonne in France in 1910 “…who at the best knows in the end the triumph of high achievement, and who at the worst, if he fails, at least fails while daring greatly, so that his place shall never be with those cold and timid souls who neither know victory nor defeat.” So, don’t be afraid of failing. If something interests you go out and give it your best shot. Come what may, you will be better for it!

Please find me on social media! 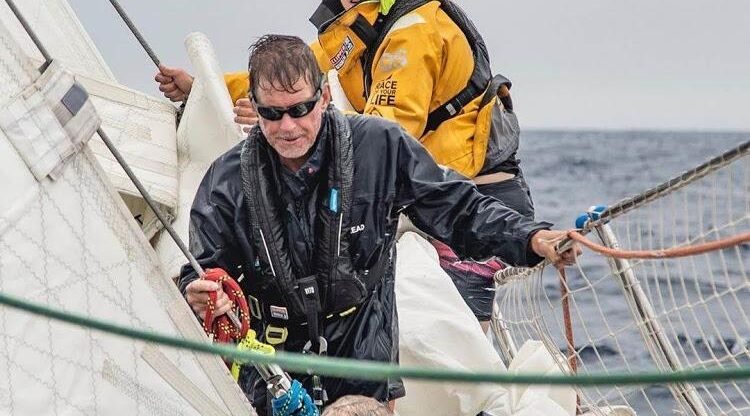 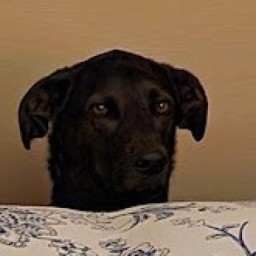