Nate Heddleston is a Senior Manager for a transportation and facilities company. He has been a lifelong athlete and coach, still lifting and running regularly to stay in shape. From middle school to college and middle school coaching to college coaching, Nathan has been involved with track and field, running, and hurdling for about 30 years. Nathan has spoken at several clinics about running, most notably the annual Asics Comet Clinic in Amherst, Ohio. He also has coached several NCAA National Champions in track and field and two NCAA National Team Titles while at The University of Mount Union in Alliance, Ohio. He has won The United States Track and Field and Cross Country Coaches’ Association Coach-of-the-Year three times. Nate has completed various road races since he became a “recovering sprinter,” including 5k’s, 10k’s, half-marathons, and the 24-24-24 challenge.

I would have to say running (although I love watching TV). “Favorite” is an interesting word. I really enjoy the fact that I run and the feeling after a run, but when considering the act of running itself, I would definitely say that I have a love/hate relationship with it. It helps me stay fit, but it just hurts. I like to be able to push myself; the one thing that I learned from college track and field was how to break and how to deal with being uncomfortable. I think that helps in other aspects of life. I have a friend who is a surgeon. He was a running in high school and college too, and he says the same thing. He says that he has always been able to push through things because, “…if you can run the 800, you can push through anything.” There is truth to that.

When I was a kid, I loved basketball. LOVED it! I played for a small private school, but I switched schools partway through seventh grade, and open gyms for basketball had already started. I went to them and tried out, but I got cut. I was devastated and embarrassed, more than I had ever been. I decided to run track that year and played church-league basketball. The following year, I went to every open gym, every practice, I won every sprint and timed run; I really separated myself with effort and passion, and they kept the same team from the year before. I got cut again. Even though I was friends with those guys through high school, always holding my own in pick-up games, and I could dunk a basketball after I hit my growth spurt, I never played organized basketball again. I traded it for a sport where effort dictates success. I don’t know, maybe I deserved being cut, but I know this: the high school coach would have loved to have me on the team. Through 20 years of coaching, I never cut a single kid in anything I coached, so I suppose a lot of good came from that.

I love testing myself. There are times when I am five or six miles into a 10-mile run when I am thinking, ‘I am killing it right now,’ and times when I am thinking, ‘it is killing me right now,’ but I never stop. That’s the one rule I have: no matter how much suffering I might be experiencing, I never stop (except when I am with someone who needs to stop). I do have to admit: one time, my body just literally shut down on a 14-mile run in a heatwave; I couldn’t take another step, so I can’t say “never” technically. That’s the best lesson there is on life, though: no matter how bad it gets, keep grinding forward. Beyond that, though, I love the fact that running inevitably rewards those who earn it. Whether it is a National Championship, a Conference Championship, one race, a PR, losing weight, however it manifests, running will reward those who earn it. There isn’t much in life that is that universally true.

I like nice running gear. It makes a big difference to look the part, I think, but I am generally that way about clothes. I just need a decent pair of Brooks Launches and some running shorts, and I am set. I have the watch, and I would like a nicer pair of earbuds, but not much is required to run. All the extras are just that, extra.

I mostly shop for running gear at outlets. When I was coaching at The University of Mount Union, we were affiliated with Brooks and Asics. That was crucial for having stockpiles of running gear and shoes. Asics was very good to me when I spoke at their clinics; I still have tons of awesome Asics gear from those. I also love Nike running gear. For all of my competitive career, I only wore Nike. While I still prefer their equipment, Brooks is my shoe of choice.

Gosh, I have no idea. Races can be pricey, but it’s just about buying the shoes and a stopwatch. I have the Apple Watch because I like the GPS pacing and the capability to see who is calling or emailing me for work; plus, if I ever were to get stranded on a long run, it can make calls. A nice pair of earbuds certainly help pass the miles as well. But I wouldn’t acquire all those things up-front. I would get a couple of pairs of shorts, a couple of dry-fit shirts, and a pair of shoes. Use all the other stuff as rewards when you hit goals or to motivate yourself.

There are tons of resources. I would read up on Runners World. I also really liked the book Unbroken; it isn’t specifically about running, but the main character was a runner. I think I cried four times reading that book.

Of course. There are tons of videos about running. The beauty of it is, though, that anyone can start running and then get better at it. Go for a run, and watch videos later. I like to follow Olympic runners on social media; they post a lot about training. Plus, I love the Olympics, so that keeps me plugged-in to what is happening there.

My hobby has completely shaped my life. Coaching track, field, and running was a hobby, a job, passion, and reason to travel all wrapped up in one. Honestly, often, I dread the thought of going for a run, but I never regret that I did. I am always happy that I made myself do it; that’s the love/hate I was talking about. People who aren’t into fitness like to picture those of us who are springing out of bed at 4 am utterly beside ourselves with excitement to work out; that is just absolutely NOT how it is. We work, and the reward comes after. There are times when a long run will wipe me out for an entire day, but I never look back and wish I hadn’t done it. I am always better for having done it.

It’s running. We’ve all been doing it since we were kids. Buy a pair of shoes and GO! Run to the end of the driveway on day one, run to the end of the block on day three, and run to the end of the block and back on day five. Just get up and go. We will take an hour and a half to get ready to go somewhere to look nice for an evening when we could run for 20 minutes, spend an hour getting ready instead, and look great for life. Some people cycle, some use elliptical machines. However, there is nothing that has the bang-for-your-buck cardio-wise that running has. Nothing is even close. People say, “I hate running, but I can go forever on the elliptical!” There is a reason for that; it’s easy. Running is hard, but I always say that people either love it or just don’t understand it. 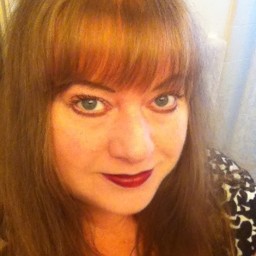